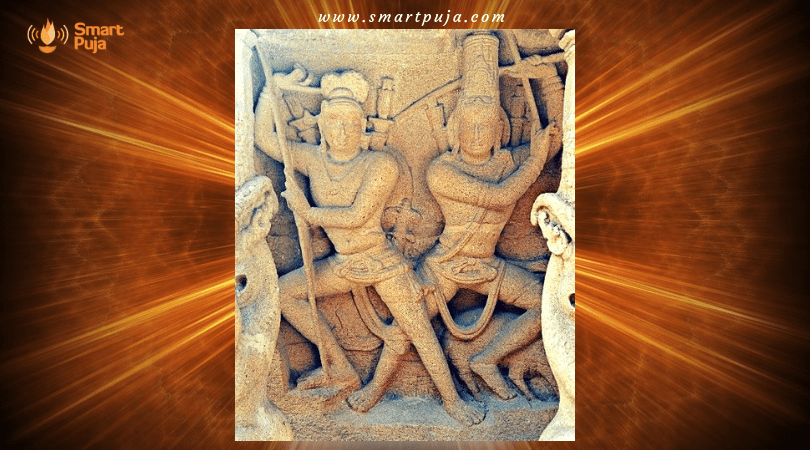 Arjuna, the third son of Kunti, was considered to be the best archer of his times. Through hard-work and dedication he built quite a reputation for himself. At some point this admiration and fame got to his head. He considered himself as the best archer and his ego only amplified by the praises of Bheeshma, Drona, Krishna and other warriors of his time. Whoever countered Arjuna was either humiliated or defeated and this resulted in further boosting of his ego and self esteem.

One day Arjuna prepared to visit heaven in order to collect divine weapons. That’s when Indra decided to teach his son a lesson. He came to Arjuna and told him that in order to obtain divine weapons, he will have to first please Lord Shiva and obtain Pashupatasthra.

In order to please Lord Shiva, Arjuna went into the jungle and started meditation. One day while Arjuna was meditating, a wild boar attacked him. Before the boar could harm Arjuna, he stood up and fired an arrow to seal the animal’s fate.

He later discovers that there are two arrows on the dead boar, which means someone else had also fired his arrow, other than Arjuna. In some time came a tribal hunter who claimed that this was his kill and he deserved the right to take the kill with him. 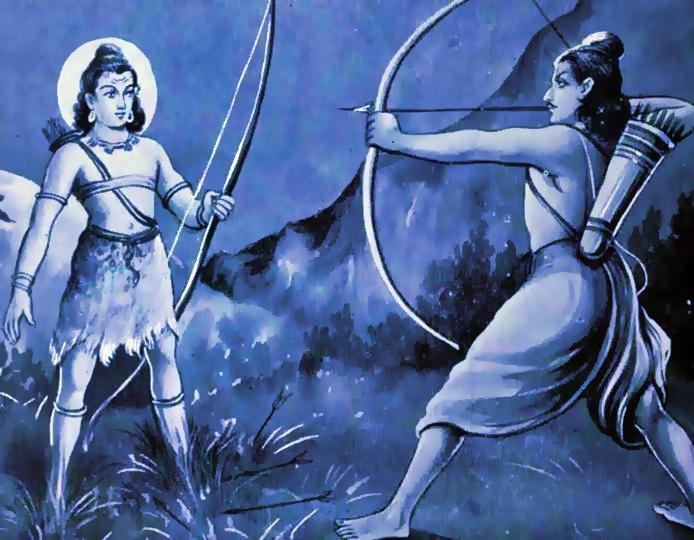 The tribal hunter was none other than Lord Shiva Himself. Arjuna mocked at the hunter for firing the arrow from the back. Having great pride of his valour, he was angry at the hunter because he aimed at his prey. The hunter responded that attacking an animal from the back is not against the rules of hunting. An argument broke out. They fight to decide who was more valorous between them. The hunter cut the string in Arjuna’s bow with his arrow in the fight! Angered and excited, Arjuna started to wrestle. Of-course he was no match to Lord Shiva. The hunter fired a volley of arrows and trapped Arjuna. Arjuna was rendered helpless, his ego broken to pieces and he accepted defeat.

Shiva then showed Arjuna his real identity and said “Rise, son. You have proven that you are a worthy archer indeed. A befitting pupil to the great Drona. I know what it is that you seek and I now grant it to you. Keep in mind, though, that the Pashupata Ashtra is never to be used on a weaker opponent. Nor should it ever be mounted in vain or used for any purpose other than the protection of righteousness. Any violation on your part may lead to the astra being lost forever from your system. Rise, son and gain this, My Pashupataastra. May you use it wisely and only when in need.”

And this is how Arjuna’s ego is torn apart by Lord Siva and Lord Indra’s wish to teach his son Arjuna a lesson on finding his true Self, is fulfilled. We, the mortals on this earth are no different than Arjuna. From this story we learn that there is no glory attached to our actions if we have ego sitting inside our heads. The ego is not real, the Self is real and only the Self is worthy of worship.