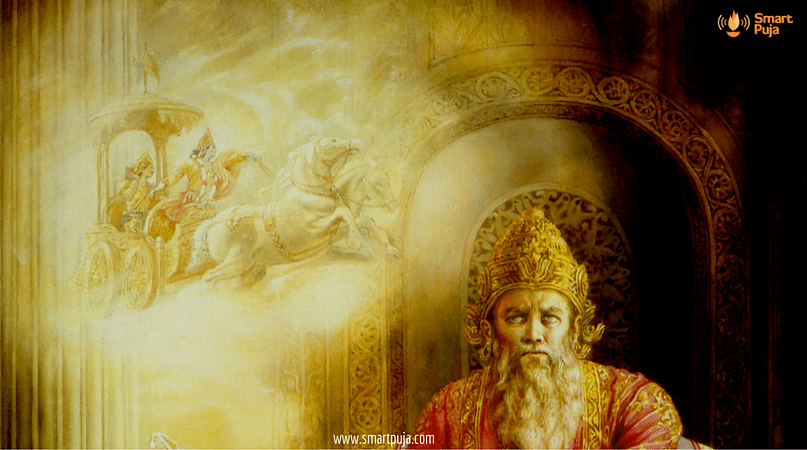 The Great Kurukshetra war of Mahabharatha had ended and millions of soldiers had lost their lives. The wailing sound of the kith and kin of soldiers had reached the sky. King Dritarashtra and Gandhari were also among the unfortunates and had lost all their 100 sons. After hearing about the death of their beloved son Duryodhan, Gandhari collapsed due to shock and grief.
King Dritarashtra bowed down before Lord Krishna and prayed. “Oh Lord! There cannot be anyone in this world who is as unfortunate as me. I was born blind, I never saw my children’s faces and I don’t know how they looked like. I never did anything wrong in my life, I was limited by blindness. Why did I still have to go through this terrible punishment? What wrong did I do?”

The Laws of Karma

Lord Krishna then explained the laws of Karma to Dritarashtra. Karma means actions that we perform on a day to day basis. From the time we are born every minute we are doing some actions or Karma. Karma can be classified into three types :

Kriyamana Karma means the actions that we do every minute & every second. The effect of this Karma is experienced within a few days or within our present lifetime. The remaining Karma may stay and get accumulated. It waits of an opportune time to affect us. This Karma that gets accumulated is called Sanchita Karma. The opportune time for accumulated Karma can come within one life time or may come after several rebirths. Prarabdha Karma is the part of Sanchita Karma, a collection of past karmas, which is ready to be experienced through the present body /incarnation. 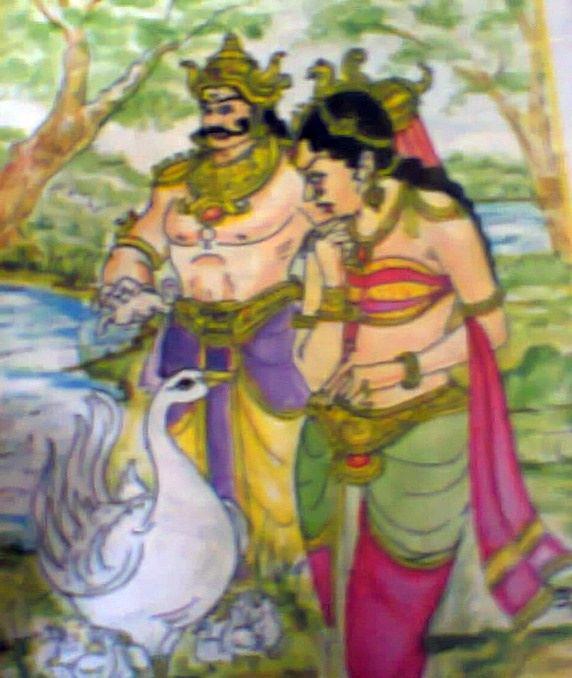 Lord Krishna then granted Dhritarashtra the divine vision to look back into his previous births. Dhritrashtra discovered that 50 births back he was a ruthless hunter and once just to have some fun he threw a burning net on a tree full of birds. Thus causing 100 young birds to be burnt to death. While the remaining birds managed to escape, they became blind due to the scorching heat caused by this fire.

Due to the effect of Sanchita Karma he was destined to remain blind in this Life and also lose his 100 sons.

After listening to Krishna’s enlightening explanation, Dhritrashtra inquired “Krishna why did I not get punished in that birth itself, or the next birth, for the great sin that I had committed? Why now?”

Lord Krishna smiled and replied “Your Karma had to wait for an opportune time for 50 Births. During which time you could earn and accumulate enough pious deeds to attain the merit of being born a king and have 100 sons in one lifetime. The Sanchita Karma accumulated over the last 50 births would influence your life as Prarabdha Karma and could then instantaneously confront you with the effects of that evil action.”

Karma is the divine law of cause & effect by which every thought,word & deed justly returns to us in this or future life. We learn to be compassionate, knowing that each experience, good or bad, is the self-created reward of prior expressions of free will.