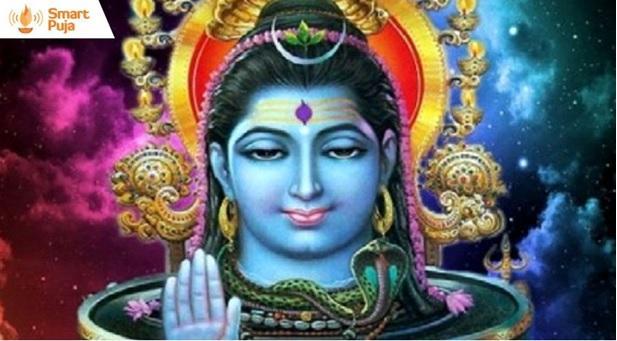 Rudrabhishekh is a Hindu celebration in which Lord Shiva is worshiped in His Rudra appearance, which is greeted by all Vedic scriptures as one of the supreme Pujas to eliminate all evils, to conquer all wishes and overall success. Lord Shiva is also known as Rudra and Rudrabhishek is the ceremonial bath of the Shiv Lingam. It is one of the major and widespread ceremonies to satisfy Lord Shiva and is looked at as the biggest spiritual Puja in all the Vedic scriptures. The one who performs this Puja is blessed with health, prosperity, pleasure and is always protected from enemies, negativity and evils of life.

Abhishek is a significant process which is followed by Hindus all over the world. Abhishek is done by pouring water, milk, honey, ghee, panchamrut (mixture of five foods) on the idols of God or Goddess by chanting spells or mantras. Followers believe that Abhishek is the perfect way to satisfy God and Goddess. Usually Rudrasukta or Rudram (hym) is required to carry out the Rudrabhishek. 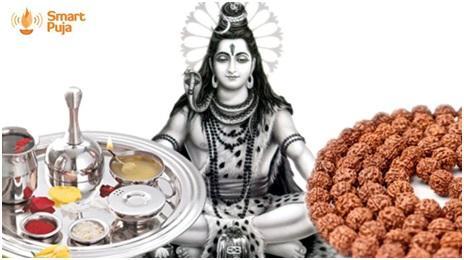 The meaning of Shiva is believed by the sages as Jivaratna or the gem of life. Disciples perform Jal(water) Abhishek and Dugdha (milk) Abhishek of Lord Shiva. The meaning of Abhishek is the “purification or cleansing”. It is believed that Lord Shiva gets satisfied by this process and the wishes of His devotees are fulfilled. 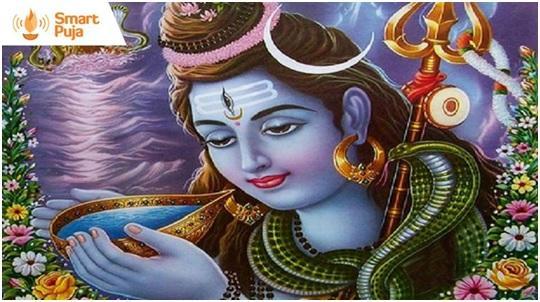 According to Hindu Mythology the SamudraManthan is the process which freed various things from the Ocean of Milk and which took place during the month of Shravan (July). One of them was the deadly poison known as Halahala, Lord Shiva drank the poison to protect the universe. As a result Lord Shiva’s throat color transformed blue. Therefore, another name of Lord Shiva is Neelakantha(the blue-throated “Neela” means “blue” and “Kantha” means “throat” in Sanskrit). All Gods offered water from the holy river Ganges to Lord Shiva to diminish the reaction of the poison. 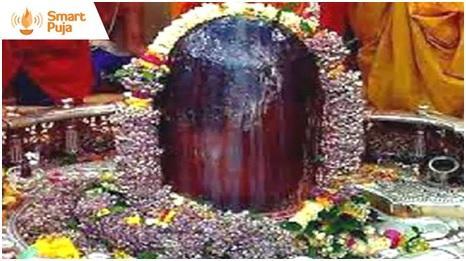 According to many scriptures an individual can do Rudrabhishekat least once in a life. Rudrabhishek can be done if someone attempts spiritual growth or to get rid of any Earthly problems. There is a strong believe that Rudrabhishek can protect from difficulties, which are due to the wrong position of Saturn in an individual’s horoscope. Lord Shiva effortlessly pardons the defects and considers only the honest purpose and faith behind the Puja. Rudrabhishek showers blessings, harmony, contentment, prosperity and success to the disciplines.

A detailed preparation is required at the beginning of Rudrabhishek, like Asanas (seats) are arranged for Lord Shiva, Mother Parvati, different Gods or Goddesses and Navagrahas. Lord Shiva is prayed for His blessings before starting the Puja additionally, Lord Ganesha is worshiped for successful accomplishment of the Puja. The followers recite the sankalp (determination) where they mention the aim of the Puja. All Gods are worshiped and Pujas are done to different universal powers, which include Mother Earth, Goddess Ganga, Lord Ganesha, Lord Surya, Goddess Lakshmi, Lord Agni, Lord Brahma and all the nine planets. The Shivling is worshipped after doing Pujas to all deities. 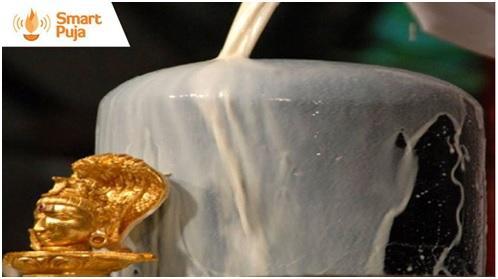 Prior to performing the main Rudrabhishek, a homa or sacrificial offering in the fire is done, which is performed by a proficient priests. After that the Shivling is placed facing towards the north direction. All disciples’ sits facing the east direction closed to the Shivling. The abhishek starts with Ganga Jal (water from the river Ganga) and all other ingredients like milk, ghee, honey are poured on the shivling one after the other for cleansing the Shivling. Special foods are offered to Lord Shiva and worship is performed at the end of the abhishek. Ganga Jal which was used in the abhishek is taken and sprinkled on the disciples and also distributed for drinking, which removes all the evils and pains of the followers, “Om Namashivaya” is recited repeatedly during the Puja.

Book a Pandit for Rudrabhishek Puja  on the Auspicious Day