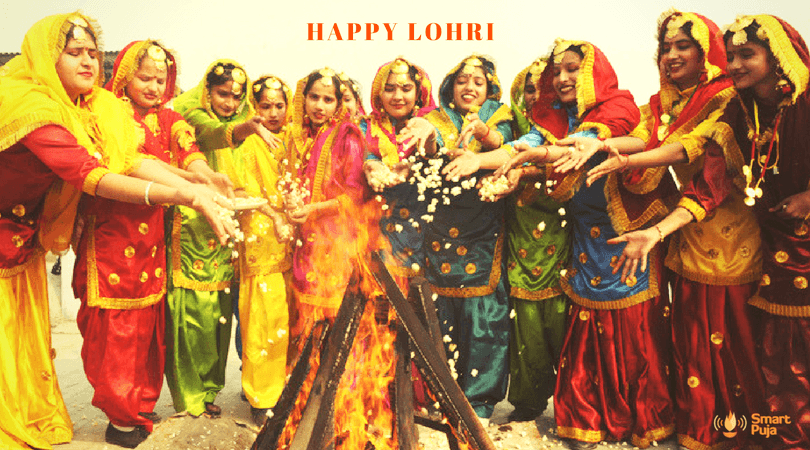 Lohri is a fun-filled festival full of life and energy and is mainly celebrated as a harvest festival. The festival marks the end of winter and the upcoming spring. Bonfires are lit, traditional songs and dances accompany the fire in the evening. Lohri is celebrated mostly in Northern states of Punjab, Haryana, Delhi and Himachal Pradesh. This North-Indian festival coincides with Pongal in Tamil Nadu, Makar Sankranti in Bengal, Magha Bihu in Assam and Tai Pongal in Kerala.

Punjab is the breadbasket of India where wheat is the main winter crop. It is sown in October and harvested in March or April. In January, the fields come up with the promise of a golden harvest, and farmers celebrate Lohri during this rest period before the cutting and gathering of crops.  People come out of their homes and celebrate the harvesting of the winter crops and give in to relaxing and enjoying the traditional folk songs and dances. 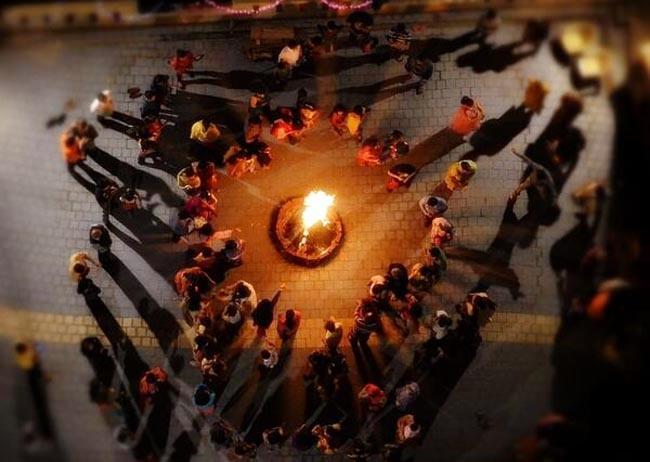 A festival dedicated to fire and the sun God, Lohri is the time when the sun transits the zodiac sign Makar (Capricorn) and starts moving towards the north. This is referred to as the sun becoming Uttarayan in astrological terms. The new arrangement is believed to lessen the ferocity of winter and bring warmth to earth. The festival is observed to ward off the biting cold of the month of January by lighting bonfires, dancing around it in a mood of bonhomie. One can correlate fire with the concept of life and health. It is a symbol of transformation and regeneration. Fire is related with rays of light on one hand and with gold on the other hand, since it is the representative of the sun. People believe that the fire is capable of stimulating the growth of cornfields and the well-being of man and animals. Lohri fire gets sanctified and venerated like a deity; reason being it is an image of energy and spiritual strength. People offer peanuts, popcorn and sweets like til ladoo, chirva, gajak etc. to the fire to proliferate it as a symbol of the Sun God.