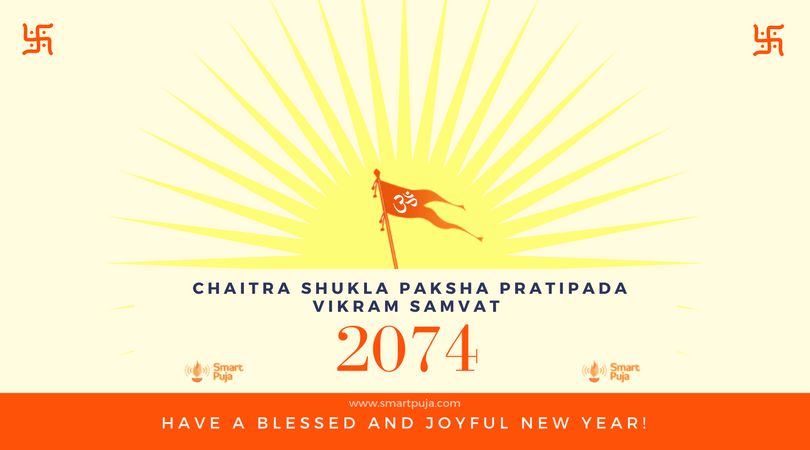 Vikram Samvat (abbreviated as V.S.) is an era used in India and Nepal, just like the Christian era started in 1 CE. The Vikram Samvat started in 58/57 BCE in southern (purnimanta) and 57/56 BCE in northern (amanta) systems of Hindu calendar. The era is named after Legendary King Vikramaditya.

The Vikram Samvat calendar is 56.7 years ahead (in count) of the solar Gregorian calendar. For example, the year 2073 BS began in 2016 CE and will end in 2017 CE. The new year begins with the first day of month Baishakh, which usually falls in April–May in the Gregorian calendar. The first day of the new year is passionately celebrated in a historical carnival that takes place every year in Bhaktapur, called Bisket Jatra.

The Rana rulers of Nepal made it their official calendar. In India, the reformulated Saka Calendar is officially used, although in the Hindi version of the Preamble of the Constitution of India, the date of adoption of the constitution, 26 November 1949, is presented in Vikram Samvat (Margsheersh Shukla Saptami Samvat 2006).

The traditional New Year of Vikram Samvat is one of the many festivals marked by family gatherings, the exchange of good wishes, and participation in rituals to ensure good fortune in the coming year. It coincides with the traditional new year in Assam, Bengal, Burma, Cambodia, Kerala, Kashmir, Manipur, Orissa, Punjab, Sri Lanka, Tamil Nadu and Thailand.