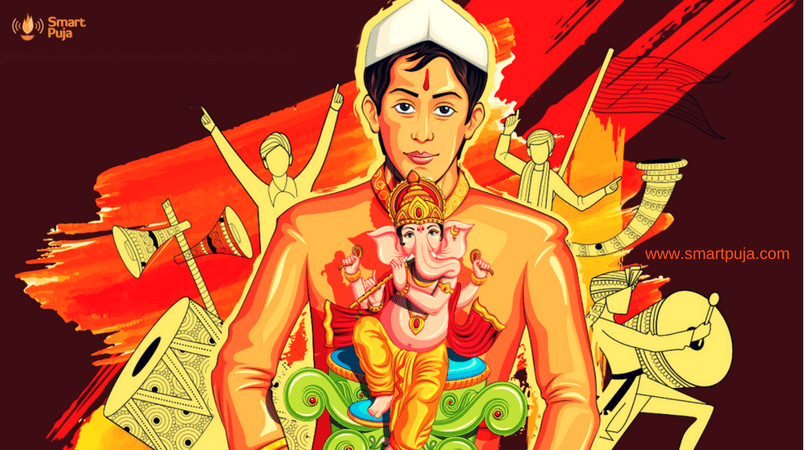 Ganesha Chaturthi is one of the most important festivals celebrated in India. The festival is yearly celebrated over a period of two weeks across the nation. During this festival, an idol of Lord Ganesha is worshipped by following all the rituals. The duration of the festival may vary from one and half day to five days, seven days or even ten days and the idols of Lord Ganesha are immersed in the rivers after the festival is over. Ganesha Chaturthi is also famously known as Vinayaka Chaturthi. It is celebrated as the birthday of Lord Ganesh, the elephant-headed son of Lord Shiva (Shiva is the Supreme Being who creates, protects and transforms the universe) and Goddess Parvati (Goddess of divine strength and power). Lord Ganesha is the symbol of knowledge, prosperity and luck. The festival begins on the fourth day of the Hindu month Bhadra which generally falls in Gregorian months of August or September.

Lord Ganesha is one of the most popular idols in the Hindu pantheon of gods, and also very popular outside India. Lord Ganesha (also known as Ganesa, Ganapati, Vinayaka and Pillaiyar) is known as the Lord of good Luck who blesses with prosperity, fortune and success. Lord Ganesh is the elder son of Lord Shiva who removes the obstacles from the life of His followers.

Lord Ganesha is also known as Vinayak (knowledgeable) or Vighneshwer (removes obstructions). He is worshipped prior to any other festivals to get blessings and success. Lord Ganesha has an elephant’s head, has four hands and a big belly. The vehicle of Lord Ganesha is a mouse. He holds a rope (to take devotees to the truth), an Axe (to release devotees’ from attachments), and a Laddoo (to reward devotees for their spirituality). He blesses His devotees with His fourth hand. His elephant head and the mouse indicate wisdom, intelligence and understanding. Lord Ganesha has 108 names, and He is known as the Lord of arts, sciences and wisdom. 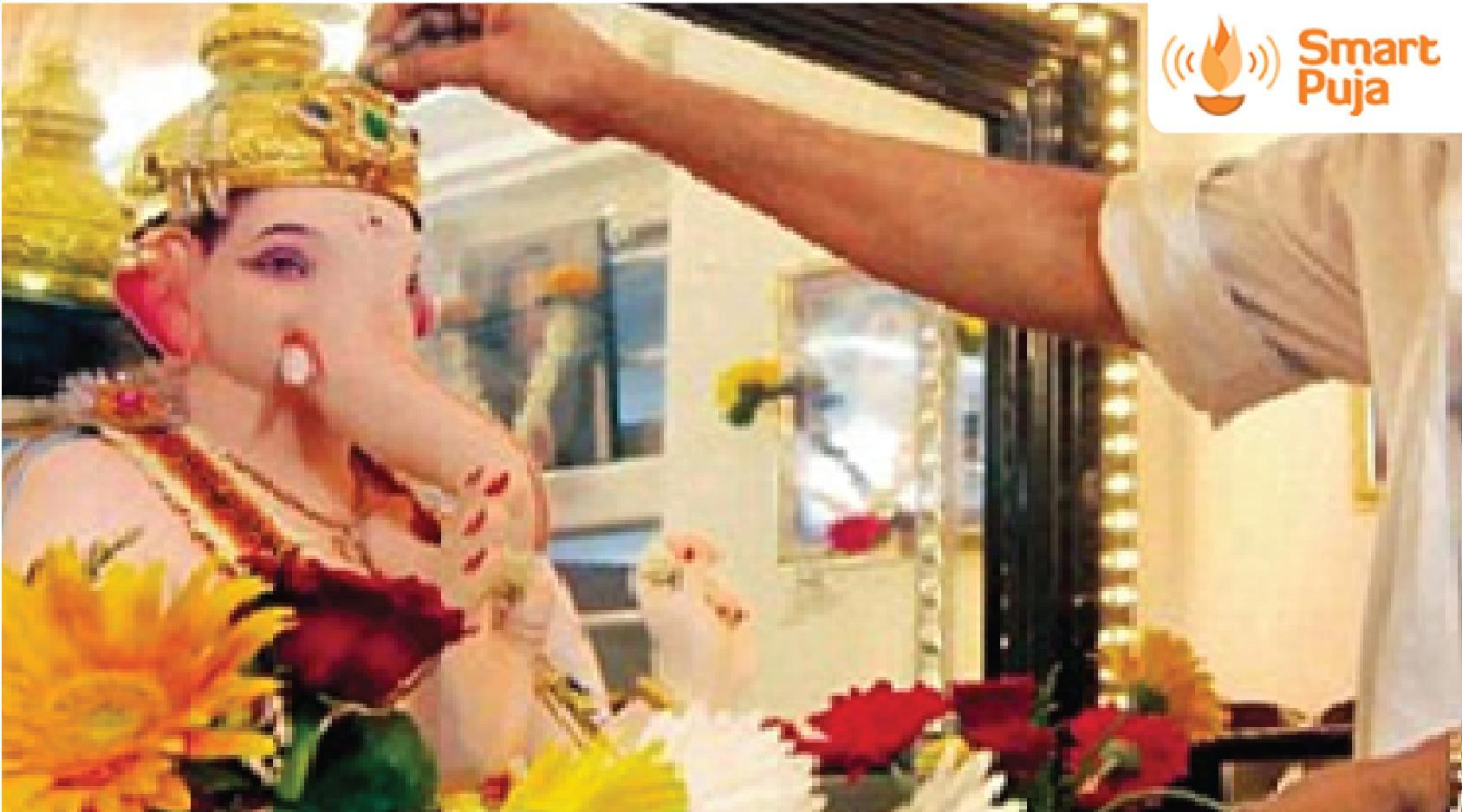 The devas in search of a dead man’s head, could find only the head of an elephant. Lord Shiva brought back Lord Ganesha’s life by fitting the elephant’s head on Him. There is also a belief that Lord Shiva and goddess Parvati created Lord Ganesh to create obstacles in the evil purpose of rakshasas (demons), and as a vighnahartaa (obstacles remover) who removes obstacles from the devotees.

Prior to the day of Ganesha Chaturthi, devotees clean the house, particularly the place where the idol is to be placed, to create purity in the environment.

After that Ganesha idols are brought, with the face covered with a saffron color cloth. While bringing the idol, mantras are chanted and cymbals are played. On the first day, Ganesha Sthapana (installation) is performed in the evening. The idol is placed in the area of worship. All devotees gather near the place of worship and the priest performs a ritual, it is believed that this ritual activates the idol. After these, the puja starts at the auspicious time, the devotees after drinking holy water, performs pranayama and prays with devotion to Lord Ganesha and also to other idols. An Aarti is performed and chanting with the cymbals, bells and clappings. 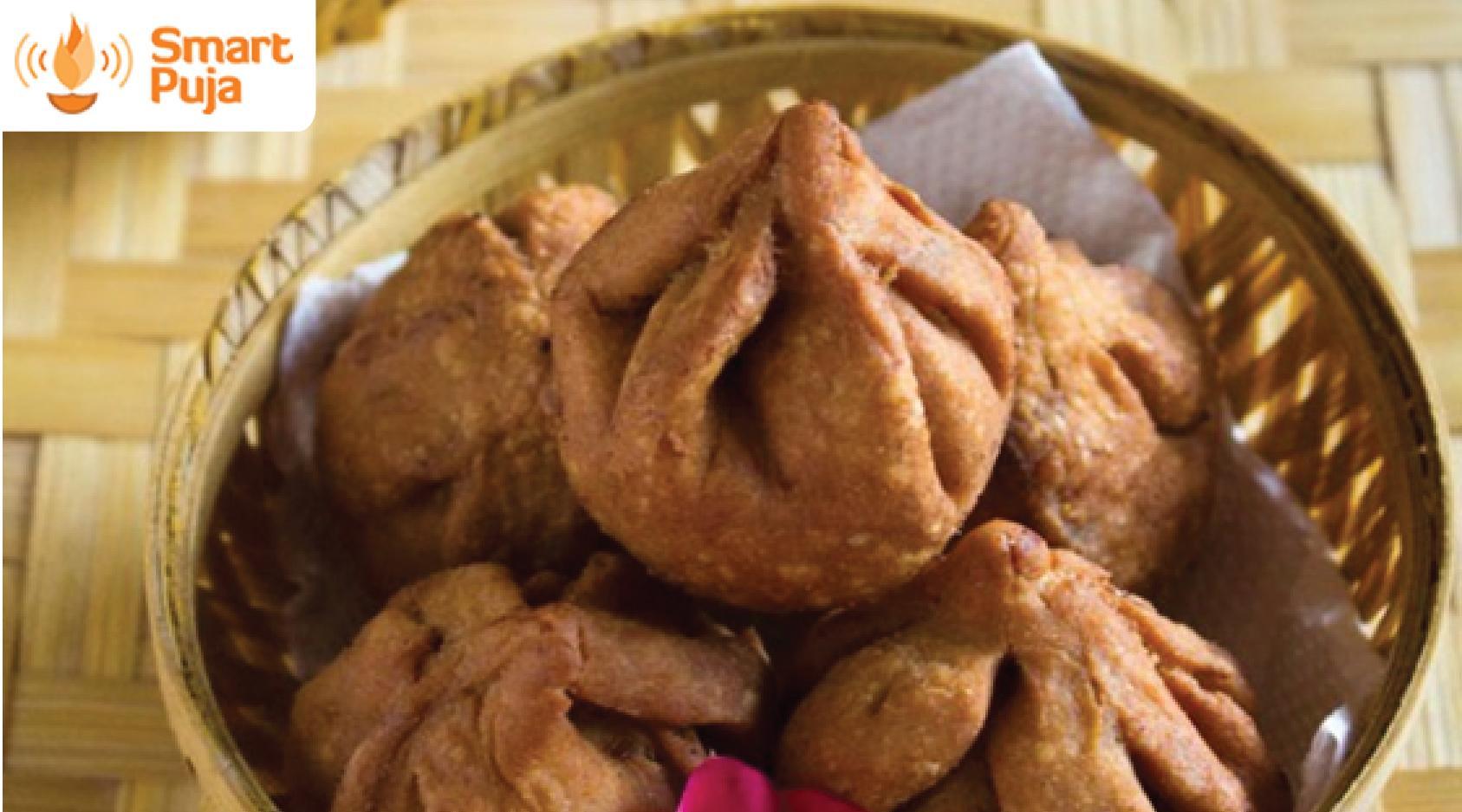 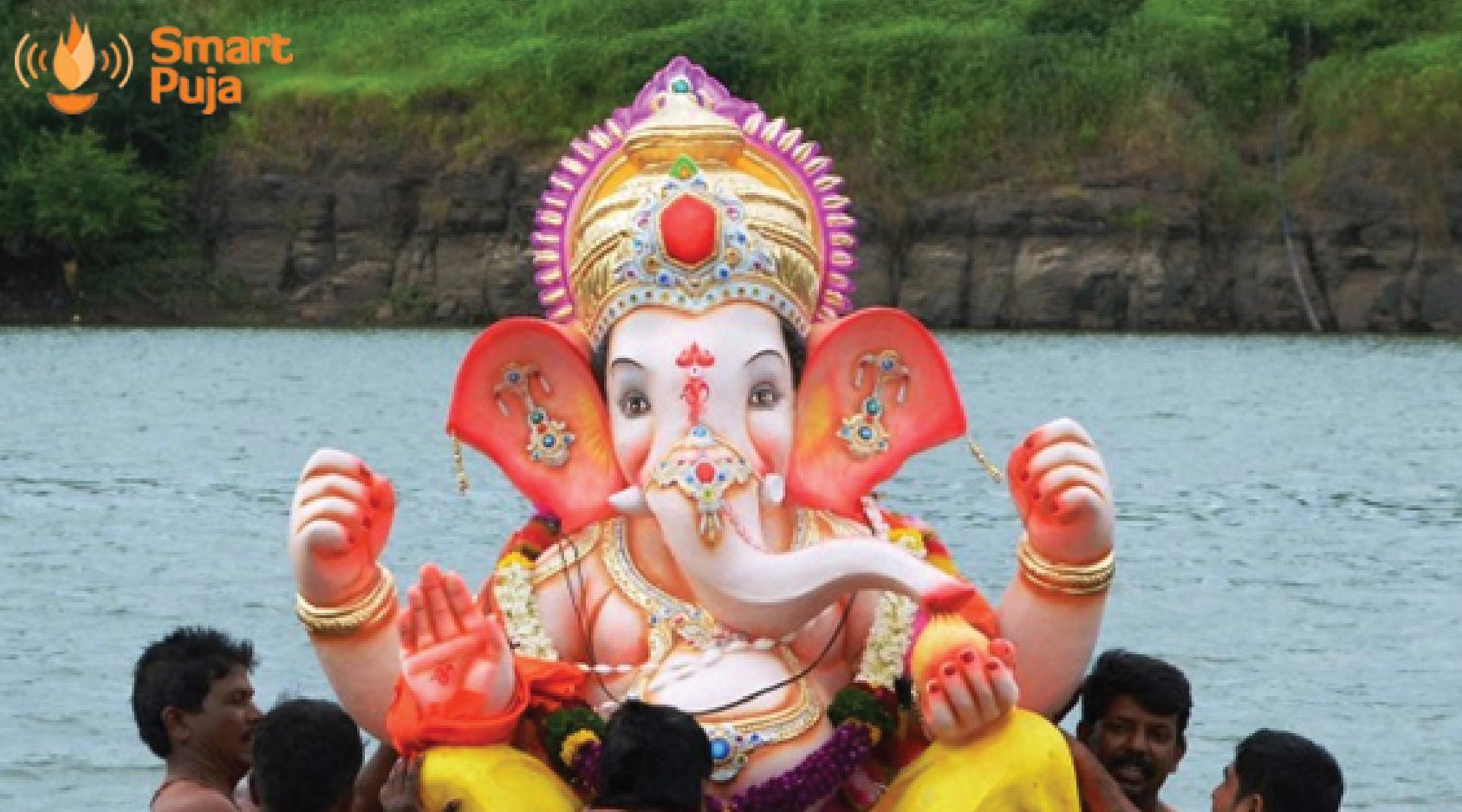 The idol of Lord Ganesha is carried to immerse in the water by chanting “Ganapati Bappa Morya” and then immersed in the water.

There are various benefits of worshiping Lord Ganesha.

Book a Pandit for Ganesha Chaturthi Puja on this Auspicious Day